There is a great deal of magic involved with comedy and there is a lot of good comedy involved in magic.  In the case of John Ferrentino, that statement can be taken literally.  The Long Island born and bred comedian has long been one of the most innovative forces on both the comedy and magic scenes for the last decade.

As a kid, John Ferrentino spent most of his spare time hanging around local magic shops.  He didn’t realize that his hobby and fascination with the art of magic would be his calling, but he realized early that it would always have a special place in his life.  His grandfather spurred his interest by buying him a “huge magic kit” at age seven and it quickly led to regular trips to the library and constant research.  He was a sucker for tricks, any tricks, and regularly bought even the smallest of gimmicks from little quarter machines.  His road was being paved, but it would take a few more years to read the obvious signs.

Adulthood brought with it a need for a serious career and Ferrentino began a career as an X-ray technician at the Bronx Municipal Hospital Center.  He always managed to find time for his hobby, though, and in the late 70’s, began frequenting a club called The White House in Massapequa, Long Island. 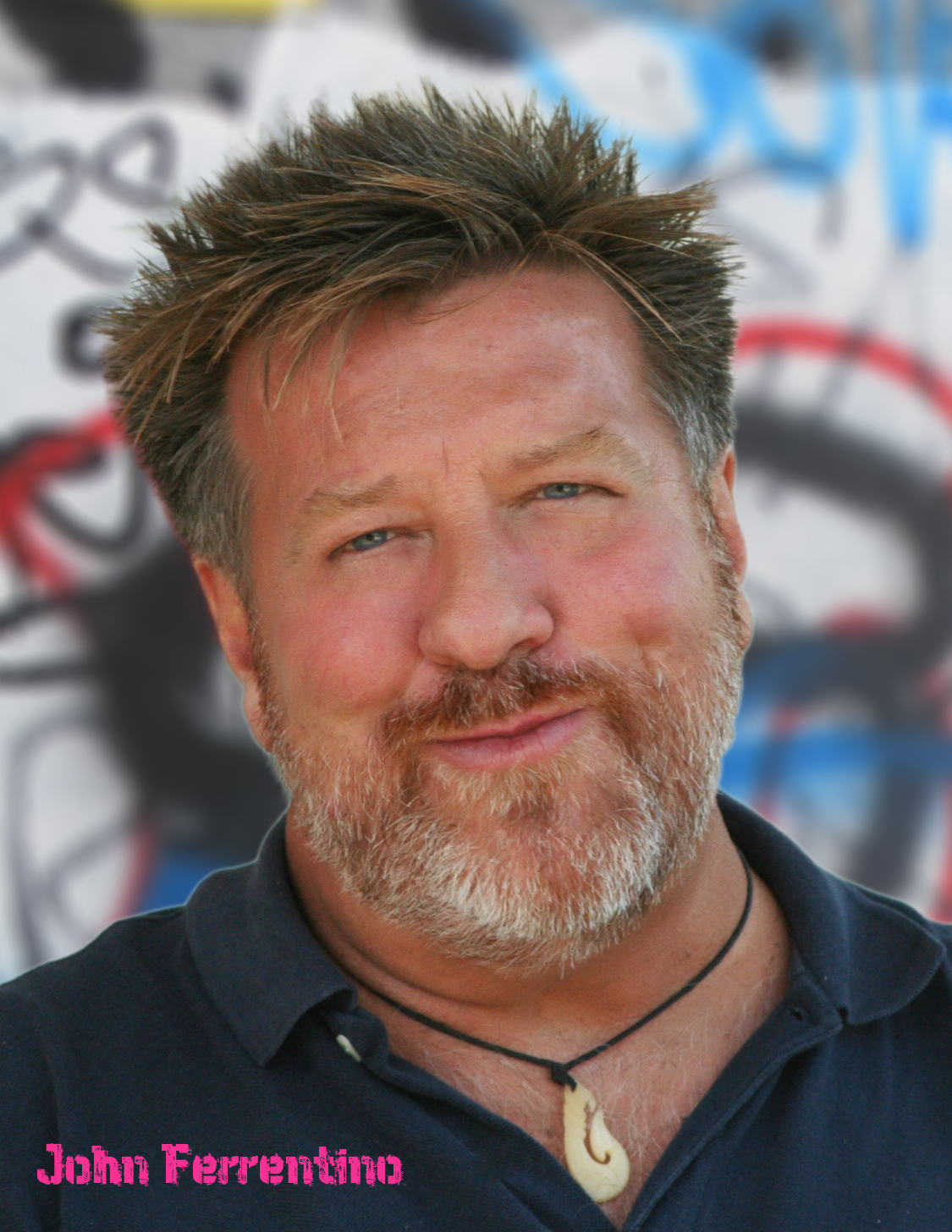 Owned and operated by an entrepreneur who went by the stage name of Richard M. Dixon (he was at one time a noted President Nixon impersonator), The White House was the forerunner to the comedy club scene on Long Island.  Quickly becoming a regular at the talent showcase, Ferrentino became a cornerstone of the burgeoning scene along with noted comics like Bob Nelson, Eddie Murphy, Jackie The Joke Man Martling, and Rosie O’Donnell.  It was during the years at “The White House” that Ferrentino began to combine his skills as an illusionist with stand-up comedy.

Meanwhile, on his day job, Ferrentino began winning raves as the comic relief at the hospital, regularly bringing tricks to work and amazing his co-workers.  Ferrentino’s not quite so sure if it was the confidence that was building in him at the job or an intense dislike of working in the Bronx that shaped his decision, but Ferrentino was making the decision to roll the dice and pursue a full-time career as an entertainer.  The late, great comic, Bob Woods, is the person Ferrentino credits as being the final support that determined his decision.  “one night at Dixon’s, Woods said to just go out there and do magic on stage like I was doing it for the other comedians in the back room.”  At the time, the magicians everyone was watching on The Ed Sullivan Show were either silent in their approach or strangely serious at all times.  “What if?”, wondered Ferrentino, and the act was born.

The comedy club boom on Long Island in the early 80’s gave Ferrentino plenty of work and hungry fans who were delighted by novelty.  Ferrentino was pioneering humorous comedy, equal dashes of sleight of hand, sarcastic humor and audience interaction.  He quickly became a headliner, developing a large following that allowed him to give aspiring comics their first opportunities for stage time.

The second half of the 80’s justified any lingering questions he might have had on his decision to go for a career in show business.  In 1986, after being invited by the Valley Forge Music Fair to open a show for rock superstars Crosby, Stills & Nash, a pivotal friendship was taking shape, and under the strangest of circumstances.

It was highlighted by a member of the audience, chosen by John for assistance on a sword trick, soiling her trousers.  The humor of the moment was not lost to the band and they quickly requested Ferrentino’s presence as opener for a later tour.

Ferrentino, who had been one of the first regular comedians on the pioneering nightly television comedy show, “Comedy Tonight”, was beginning to pile quite an impressive list of appearances during the explosion of cable television shows devoted to the comedy craze.  He has, in fact, done 37 television appearances in the last 4 years, including the “MTV Half Hour Comedy Hour”, “Showtime’s Comedy Club Network”, “Comedy on the Road Hour”, “Evening at the Improv” and “Stand-Up Spotlight” on VH-1, just to name a few.  He’s also been featured on convention, the Tannen’s Jubilee.  He has also co-produced the New York Magic Symposium in both New York and California.  He has appeared as a featured performer at the World Summit of Magic in Washington, DC., at the Society of American Magicians gala and for the Society of Magicians on numerous occasions.

John Ferrentino humorously refers to himself as the “best comic-magician $29.95 can buy”.  But for those who have experienced a performance, the tally would probably be close to priceless.